Mending and Repair in Response 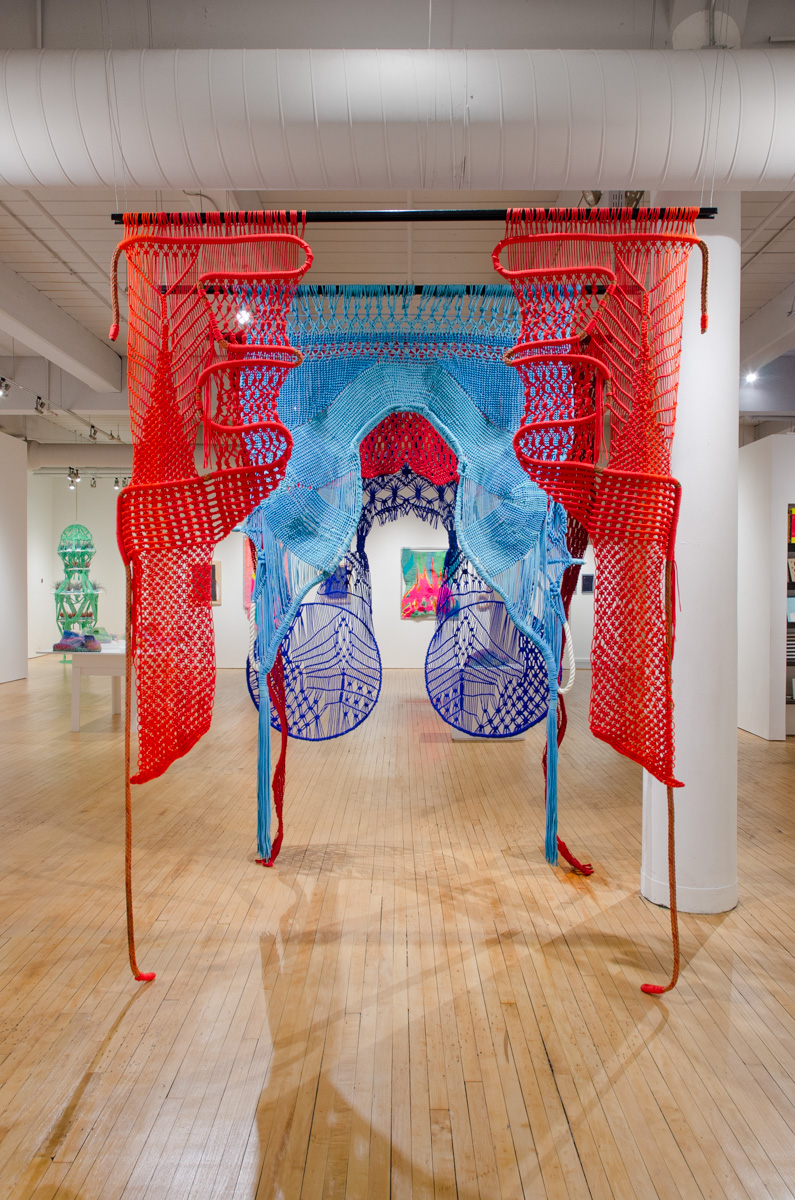 Fleisher/Ollman proudly presents Mending and Repair in Response, Jesse Harrod and Lisi Raskin’s first collaborative project spanning an ongoing artistic conversation begun in 2015. In taking up this conversation within the framework of Fleisher/Ollman’s renowned inventory, the artists connect with the work of 20th century self-taught artists like Joseph Yoakum, James Castle, and Eugene Von Bruenchenhein. In parallel bodies of work, Harrod and Raskin explore the terms by which they approach the work of other artists. The exhibition underscores Fleisher/Ollman’s long-term commitment to providing a space for contemporary art’s engagement with self-taught art. “Selftaught” has long been associated with “outsider.” Here, Harrod and Raskin update historical markers of outsiderness, such as race and class, with contemporary notions of queerness, gender identity, and disability in tandem with their artistic project of homage.

Conditions like unequal access to cultural capital, relative proximity to major art centers, disability, and the scarcity of resources, like time and money, affect Harrod and Raskin’s artistic production and also influence material choices and processes for both artists. For example, Lisi Raskin repurposes the plywood from her previous large-scale installations about nuclear war and isolation in order to reconfigure her desire to create smaller-scale constructions that show gratitude to those who have taught and influenced her, including artists like Ellsworth Kelly and Rasheed Araeen. Jesse Harrod works in a manner that evokes a queer and feminist lineage engaging with the material vernacular of macramé using synthetic fibers like paracord. These vibrantly colored, suspended sculptures reference Von Bruenchenhein’s low-fired clay vessels, but also allude to subcultures whose use of paracord conjures references as seemingly disparate as specters of militarized violence in rural communities and knot-tying practices within kink communities.

As artists who identify on a queer and disabled register, albeit differently, Raskin and Harrod are oriented obliquely in relationship to normative structures of gender expression, learning, fatigue, and chronic pain. These factors require a constant negotiation that consistently produces conditions of isolation, either societally, structurally, or self-imposed. In an act of homage that connects formal elements like color and composition, Harrod and Raskin create a connection between the strategies they utilize in their work and the strategies utilized by Yoakum, Castle, Von Bruenchenhein and other artists and scholars who have produced artwork and scholarship from horizons long neglected by normative and mainstream contexts. The resulting exhibition can be understood as a material attempt to reconfigure and piece together ways that their own embodied realities necessitate the act of constant adaptation and reconfiguration so that some semblance of repair can occur. In this process, the artists acknowledge that repair is not a solution, but rather an alteration of sorts; an acknowledgement of what happened so a continuation of movement, care, love, and action can occur. 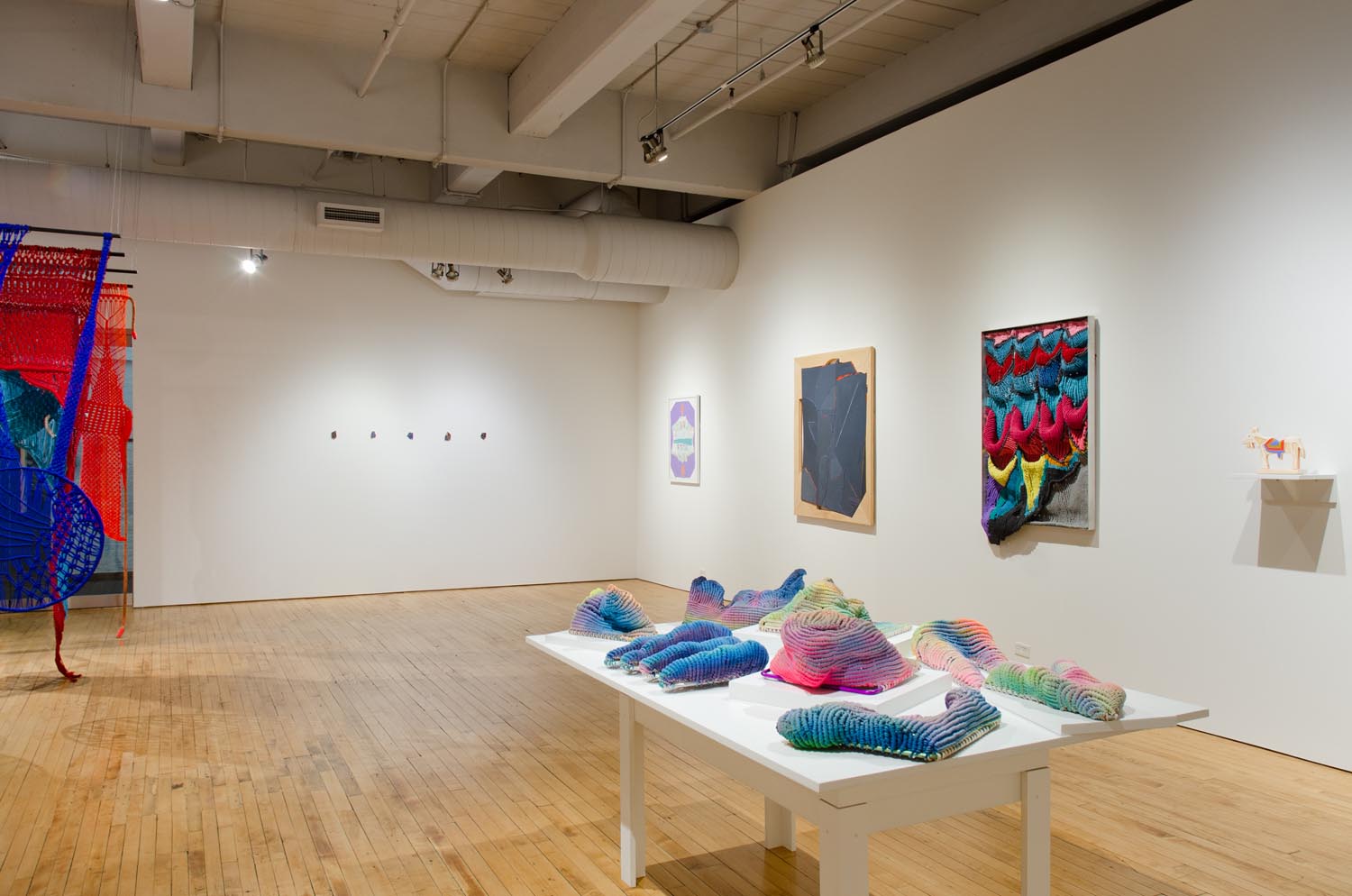 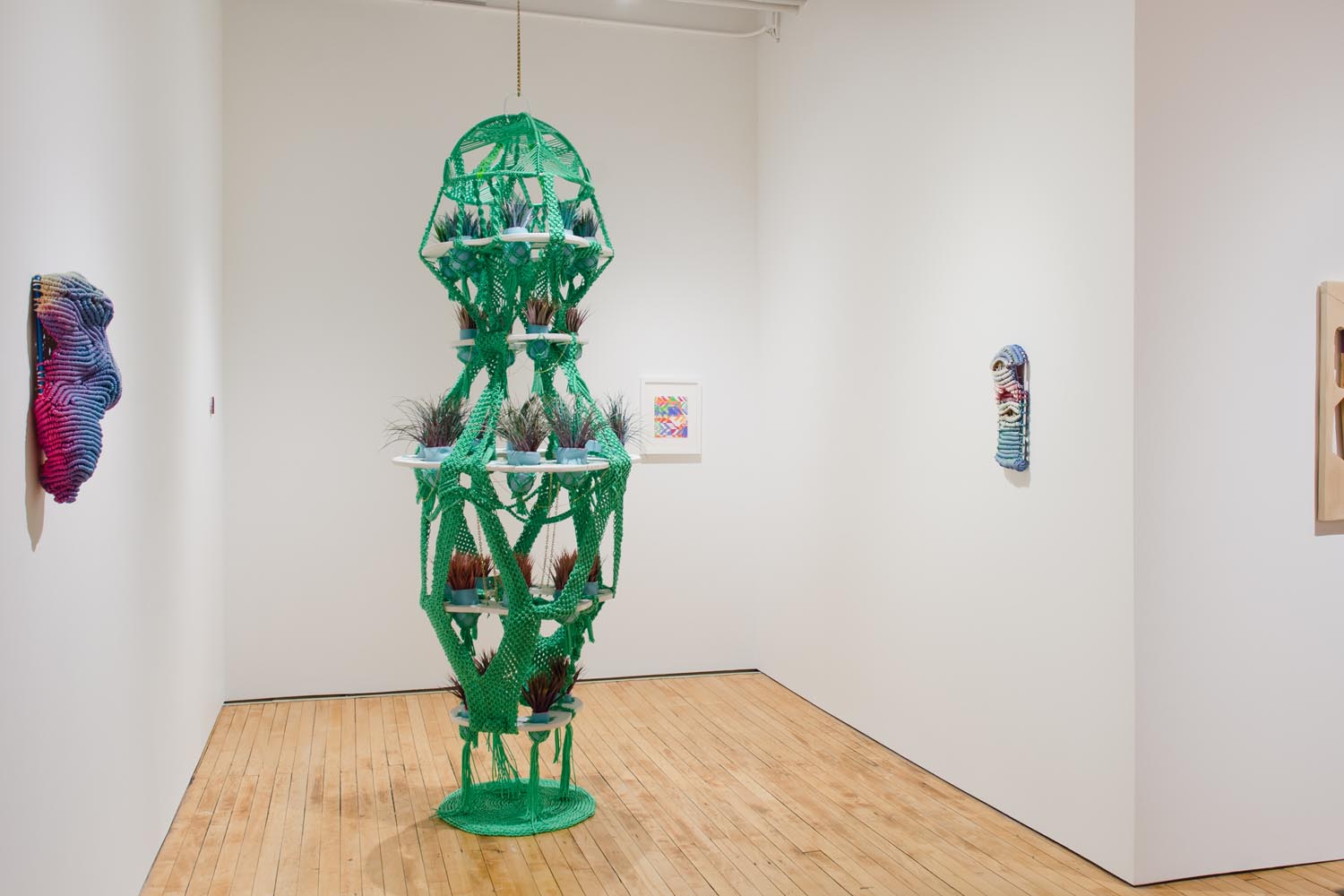 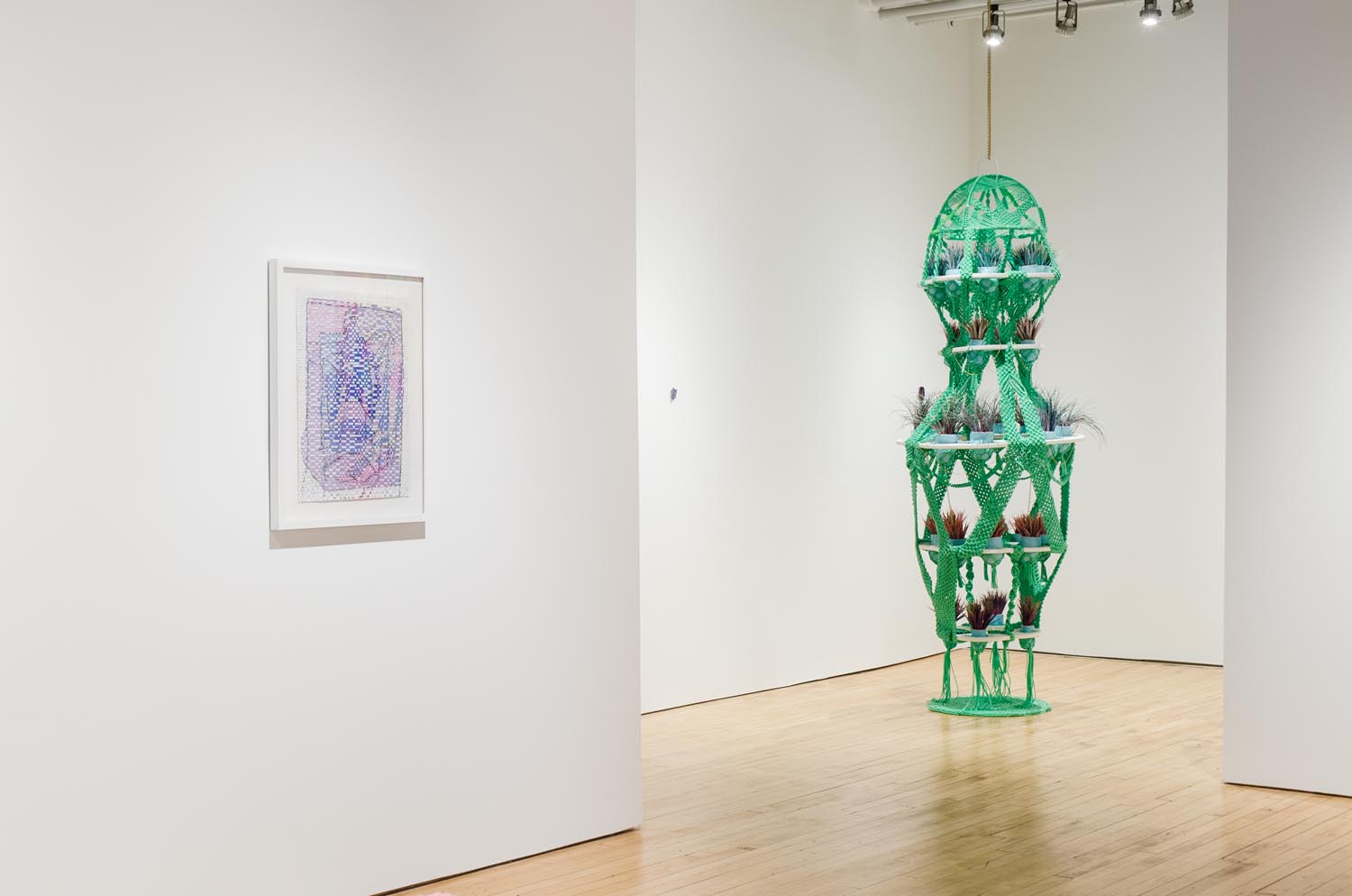 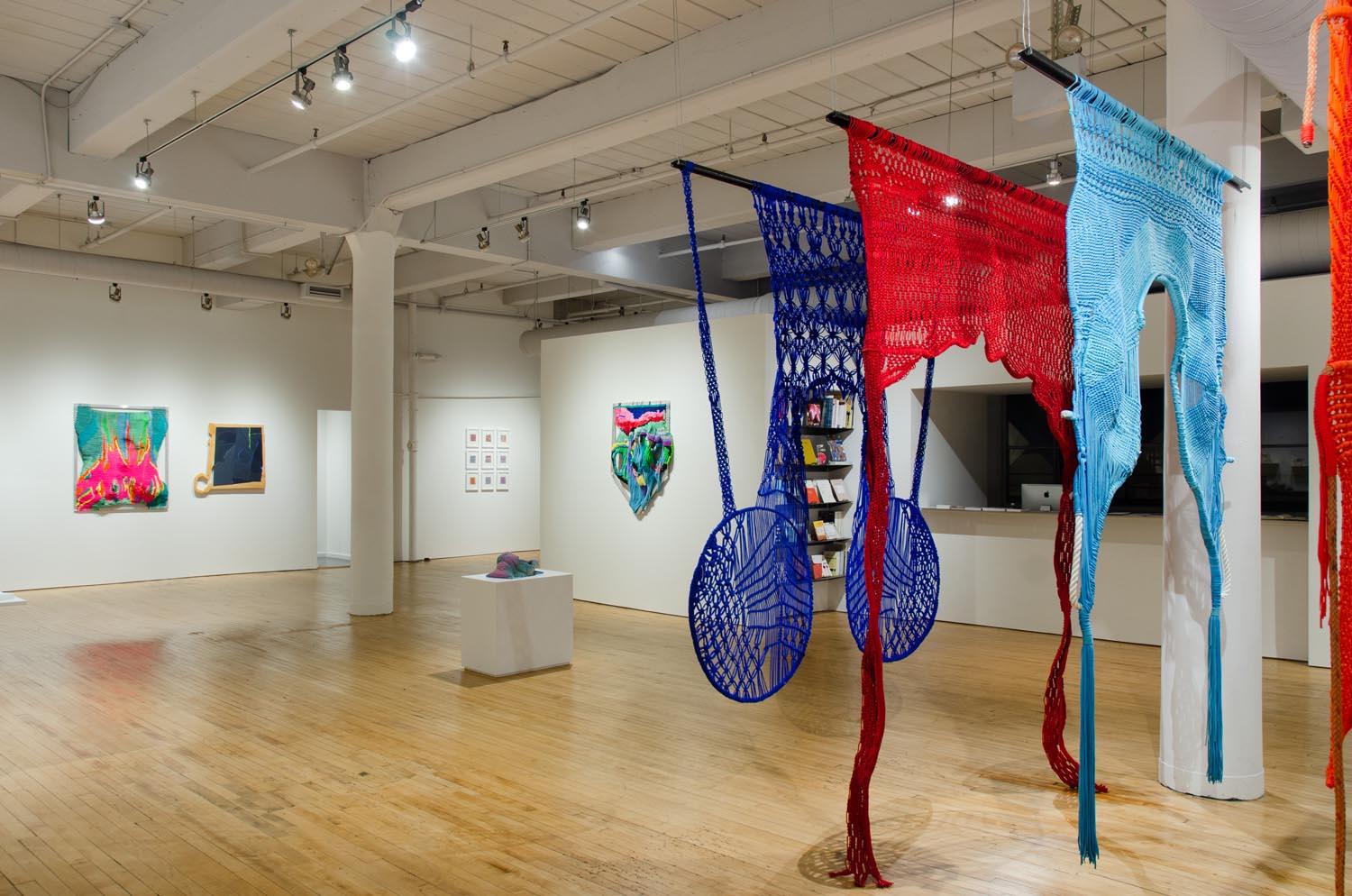 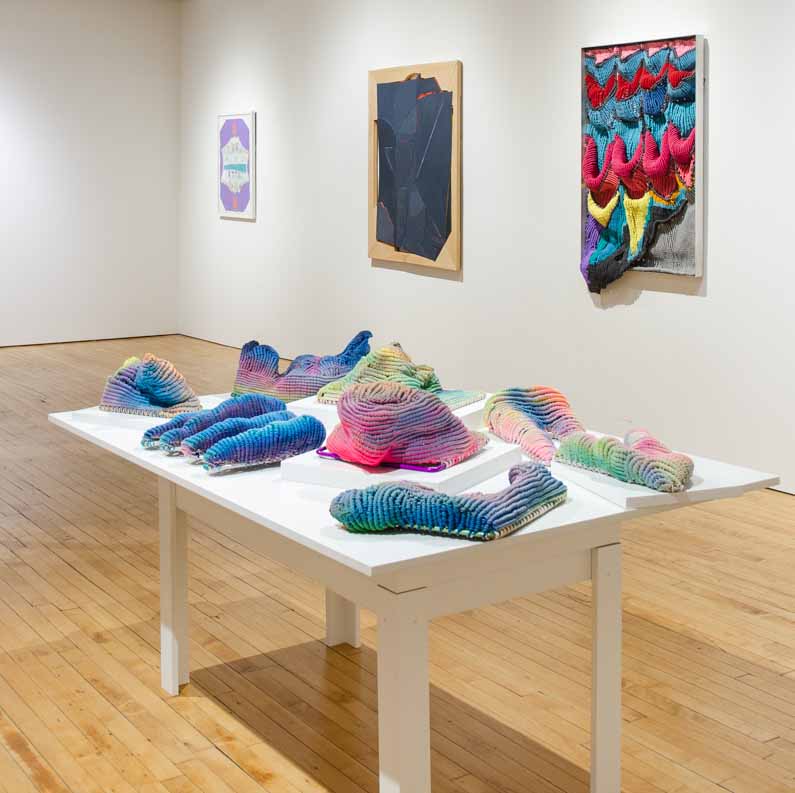 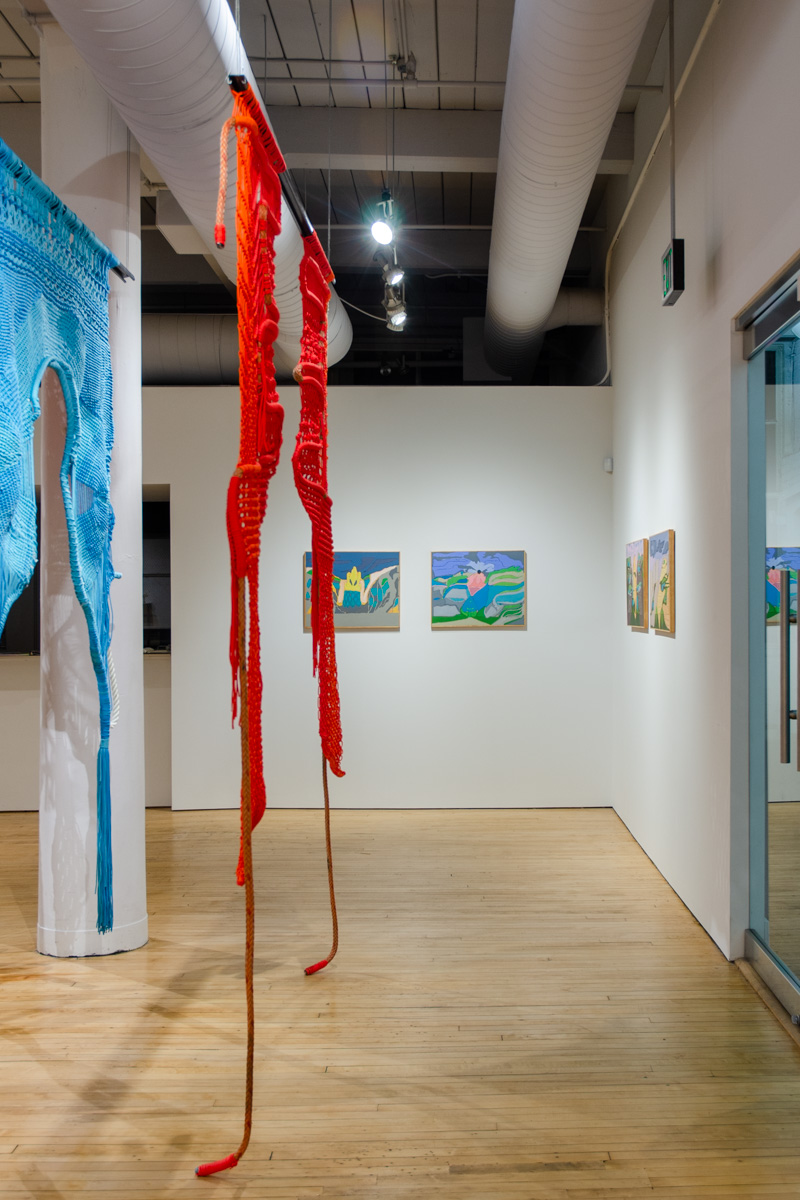 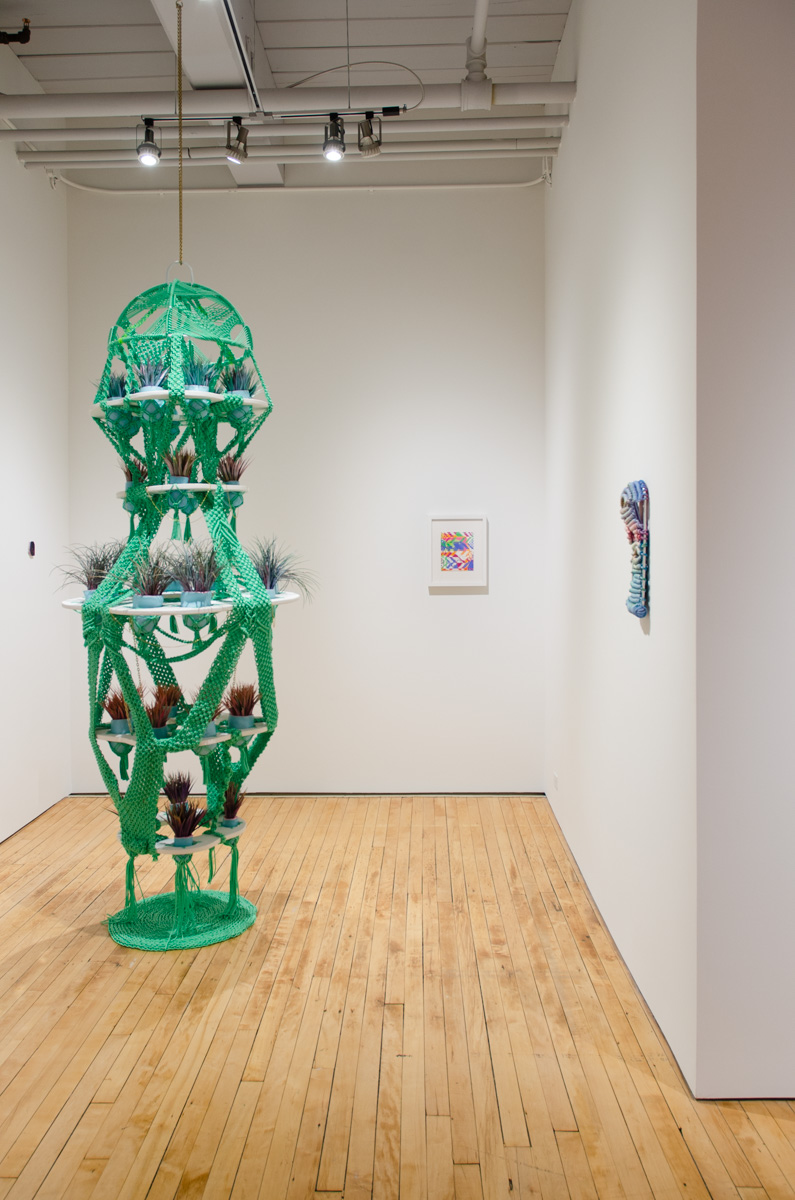 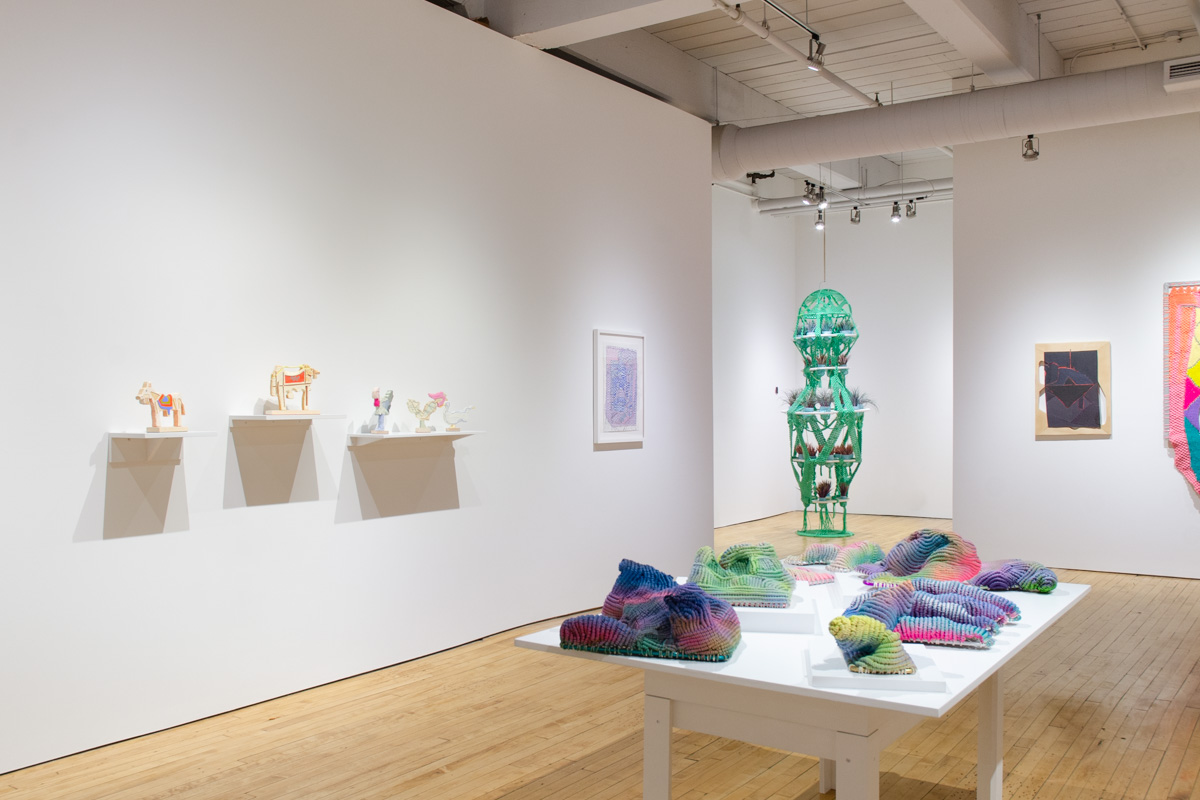